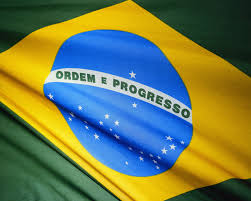 On 13 August 2013 the Governor of Sao Paulo, Brazil, announced that the state plans to sue German engineering firm Siemens over allegations of price-fixing during bidding for a contract relating to construction of the city of Sao Paulo’s metro rail system.  Governor Geraldo Alckmin made it clear that any other companies found to be involved will also face legal action. Prosecutors in the state also announced last week that they had launched a criminal investigation after uncovering strong indications of price rigging during the bidding. The investigation relates to suspected criminal cartel conduct in tenders issued by the Sao Paolo commuter rail company CPTM and the Sao Paulo Metro Company from 1999 to 2009.

The announcements follow reports in July that Siemens had been granted federal immunity from criminal proceedings for both the corporation and senior executives after self-reporting cartel conduct to the Administrative Council for Economic Defence (CADE), the Brazilian competition regulator. The state prosecution office has stated that it has seen documents held by CADE, and that its investigation is based on these. It also said that it had asked Siemens twice to provide information but that it had not complied.

Early in July 2013 CADE searched the offices in a number of cities seizing evidence at thirteen firms. Siemens is the only corporation that has been officially named, but others reported to be involved are Spain’s CAF, Japan’s Mitsui and Bombardier of Canada, a part of French company Alstom. CADE is expected to take up to three months to assess the documents.

Siemens is alleged to been involved in a bid-rigging cartel for the construction, fitting and maintenance of metro trains and lines in Sao Paulo and Brasilia between 1990 and 2007 resulting in bids that were 10 to 20 per cent higher than the market standard. Siemens has been awarded a number of contracts in Brazil in recent years including a contract in 1990 to build Sao Paulo’s metro line number 5 worth 600 million reais and a contract in 2007 for the maintenance of the metro in Brasilia worth 96 million reais.

The allegations are another blow for Siemens who were at the centre of a bribery and corruption scandal in Germany in 2006, and in 2008 paid a record USD1.6 billion fine to settle investigations in both Germany and the US. Siemens issued a statement  in July 2013 saying that it is aware of the probe in Brazil and that is has made great efforts to develop a new and effective compliance system and to encourage employees to comply with antitrust guidelines following its past failures.

As well as demonstrating the difficulties for large multi-national corporations of running an effective compliance system, this case also demonstrates the risks of self-reporting in some countries where federal immunity is not always the end of the matter and state level fines and prosecutions may follow.